The smell of a comfortable dinner lingered lazily in the air of the finely refurbished Waipawa theatre on Friday night before the arrival onstage of Hopetoun Brown. Little did the satisfied patrons know what musical feast was to soon fill them in a secondary and equally fulfilling way.

Accompanying artist, the maestro Finn Scholes, opened the gig on his keyboard with a pleasant and gentle organ-like tune. Hopetoun Brown brothers-in-song Tim Stewart and Nick Atkinson then humbly waltzed on to set the bar for the rest of the evening: a bluesy foot-tapping number that left us gasping at the efforts of Nick on his saxophone; eyes squeezed shut and legs twisted akimbo, thrusting the sound from deep out of his toes.

The rest of the night flowed and pulsed to the trio’s tunes, masterfully combined and beautifully performed. A true bohemian rhapsody with a main course of blues, a side plate of jazz and a glass of something you couldn’t quite put your finger on but it had body. In fact it felt like this music came straight out of the ground, freshly harvested in front of us by these gardeners of song. We felt in good hands: it was as though we were part of some private musical expression that unfolded artistically through the building. We were like wall flies watching with tiny tapping feet and clapping wings and yet felt encompassed and a part of the experience at the same time.

Tim stomped his percussion out through his boots and into our hearts while Nick won his way there through his extraordinary efforts with lungs and lips. At times, Nick was reminiscent of a downhill skier, swooping into the turns and raising into the high points and then dropping into the drifts. His legs got as much of a workout as his mouth. But there was not a snowflake in sight, with his forehead beading in sweat while a deep fall of notes floated down across the stage and spilled out over us. We gleefully drowned in his flurries of sound, and would have, had we not had our heads held up high to hear the stunning vocals of Tim: strong and powerful and amazingly unaffected by his clapping, stamping and tambourine accompaniment. It was if there were two Tims: one to percuss and one to sing his soulful heart out.

They opened the second half like they meant it and had the whole room singing and moving as one by the end. At times Nick would relent from his bass saxophone marathon to add a burst of vocals from his hot mouth, almost gasping for air but loving every moment of his work and the harmony he met with Tim. It was fabulous music that warmed the night air of Waipawa to an autumn glow and must have left the walls of the historic theatre as happy in its timbers as the friendly smile on the face of Nick Atkinson. They finished at the opposite end of the room by the bar: a short, sweet instrumental to say goodbye. It was the perfect digestif to a thoroughly satisfying musical meal. 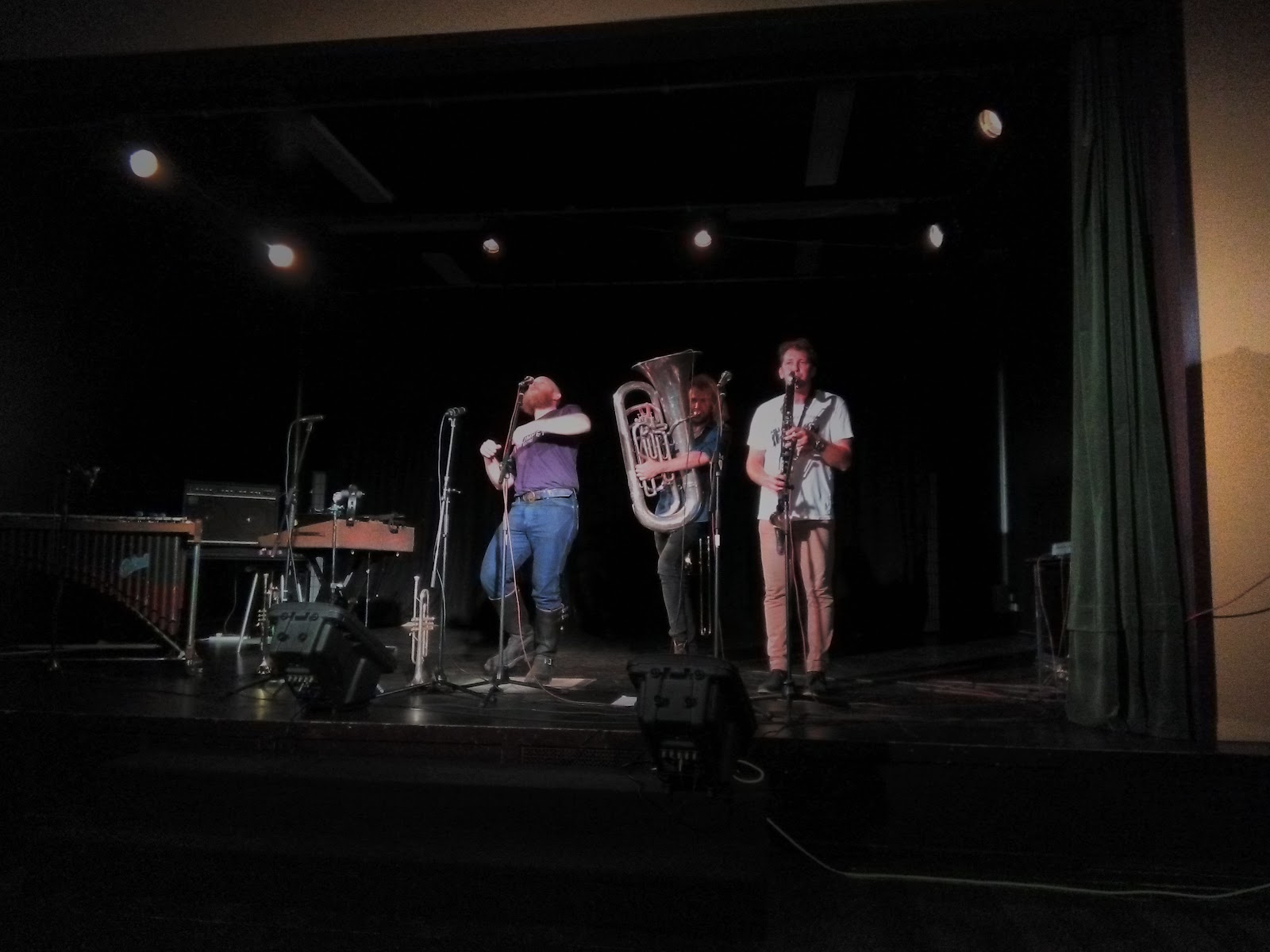 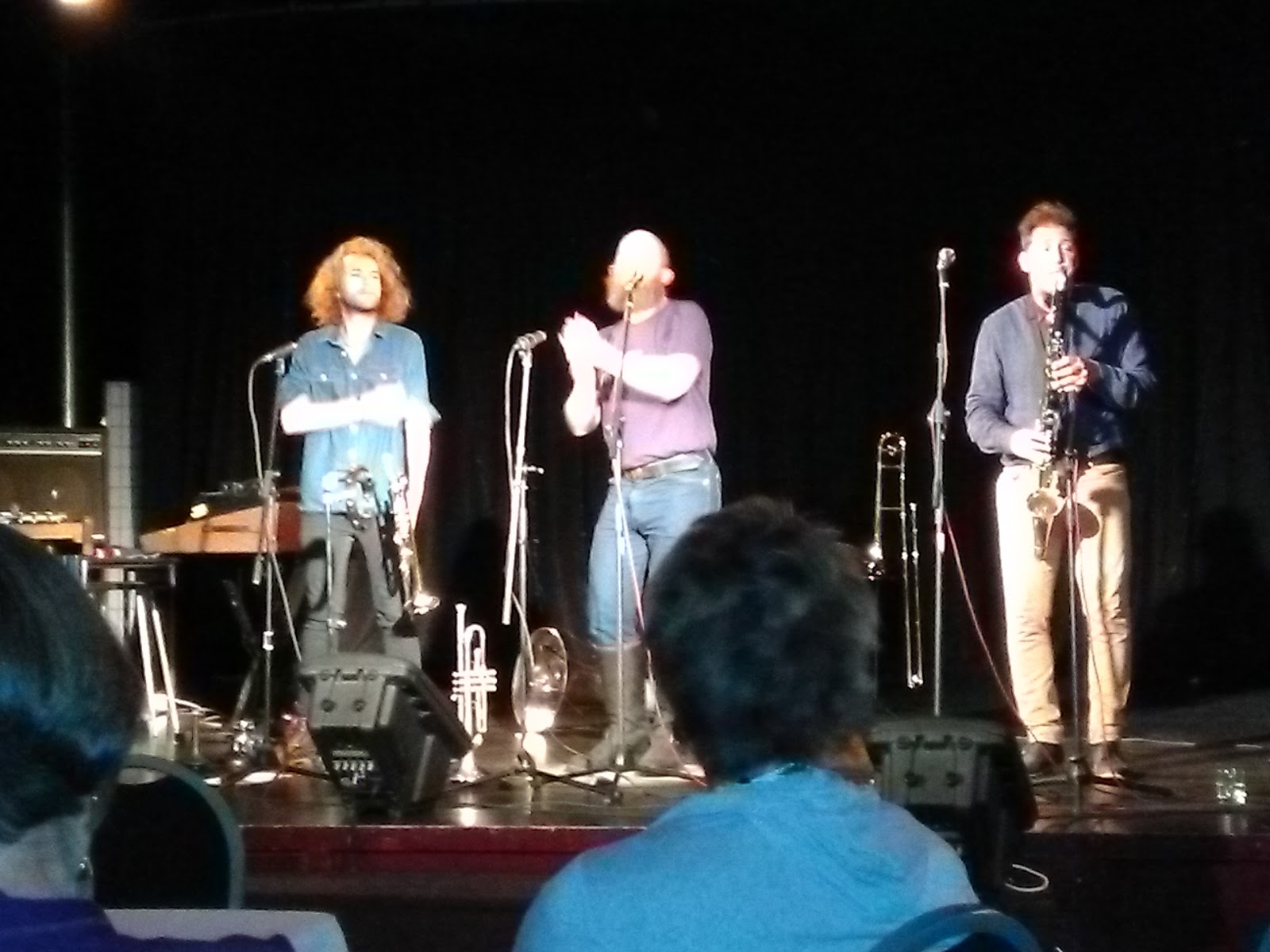 We'll use supporter funds to thank our writers and become more financially sustainable.